Waterford City is going red to celebrate Canada Day, and its unique historical connection with Newfoundland.  Between 1790 and 1830, 35,000 Irish people entered the colony, with Waterford the primary port of embarkation. Three centuries of shared history with St. John’s means you can travel over 3,500km from Waterford, arrive in St. John’s and still hear familiar accents and colloquialisms from the locals there.

For Canada Day, on Thursday July 1st, iconic landmarks and monuments across the island of Ireland are illuminating red in recognition of the shared history, heritage and cultural connections between Ireland and Canada. Mayor of Waterford City & County, Cllr. Joe Kelly, said he was “thrilled to participate in this celebration with Canada and wish them all the very best on their National Holiday”.  When international travel re-opens Mayor Kelly said “we look forward to welcoming Canadian visitors back to Ireland and invite them to explore Waterford City and County and the strong connections between our two countries.”

Eamonn Murphy, Chair of Ireland Newfoundland Connections, was delighted to be celebrating Canada Day and also highlighted that ‘in Newfoundland the 1st July is also a day of remembrance for the hundreds of soldiers from the Royal Newfoundland Regiment who died on this day in 1916 in Beaumont-Hamel, at the Battle of the Somme, in France during the First World War. It was a very sad day for the nation of Newfoundland, and this Memorial Day was firmly marked in Newfoundlanders calendars before they joined Canada in 1949’.

Waterford is honoured to participate in Canada Day celebrations, in partnership with Tourism Ireland and Fáilte Ireland, to highlight our strong links with Canada and demonstrate a symbol of friendship between the island of Ireland and Canada 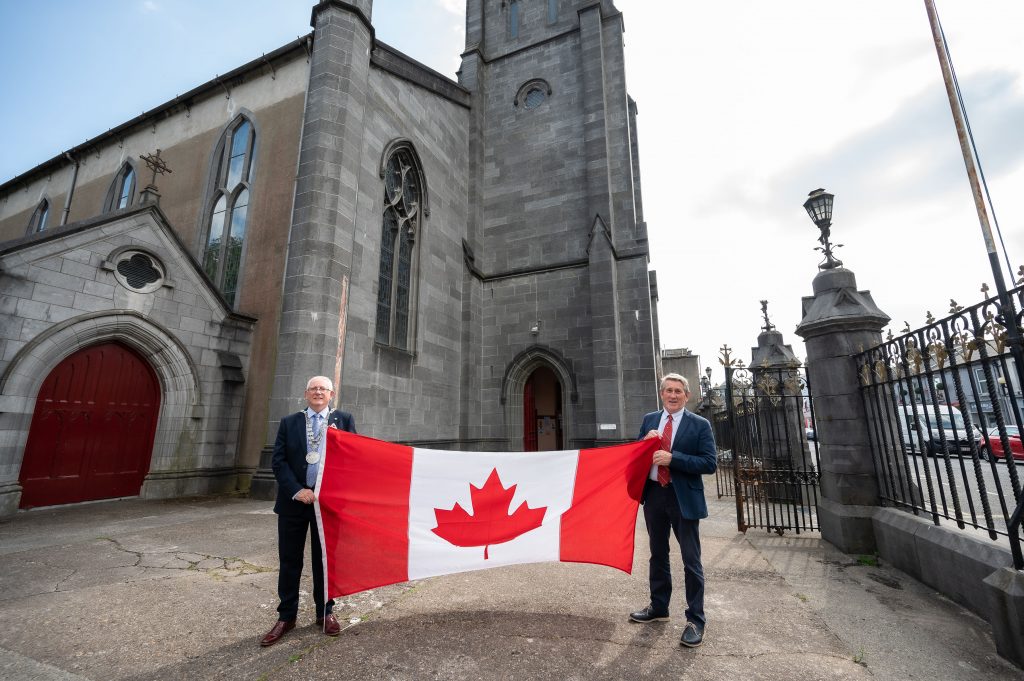 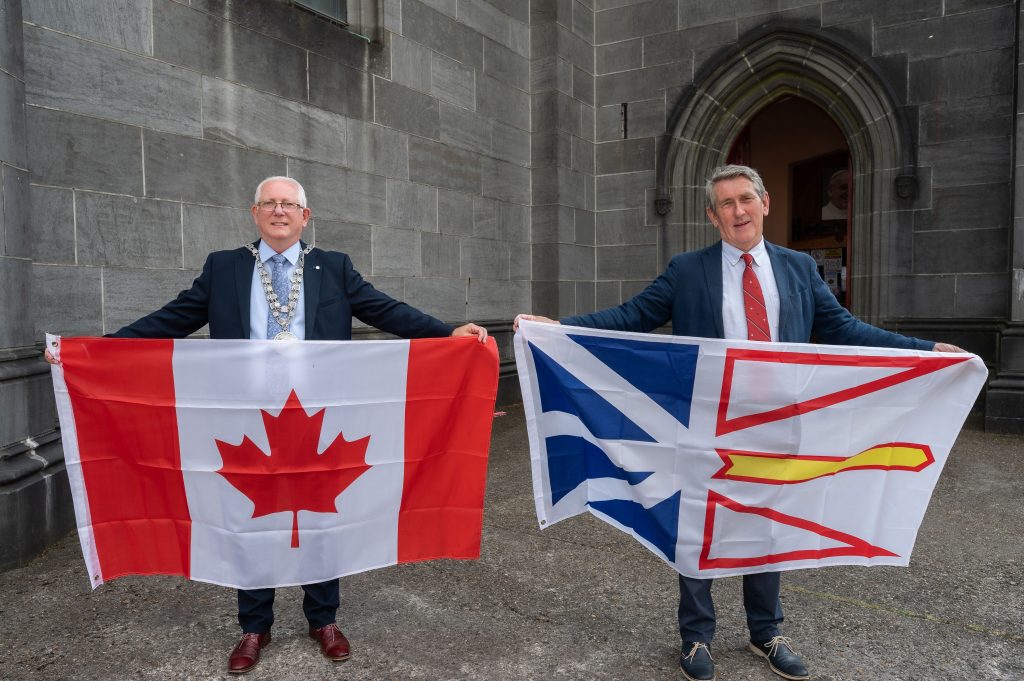