Considered Ireland’s oldest city and located in what is termed the nation’s ‘sunny south-east,’ Waterford offers visitors a wealth of attractions, ranging from the ancient to the ultra-modern. Sean Hillen at justluxe.com has created a list of all the places he believes you should visit to learn more about history of Waterford County.

As David Rogers, sales executive for Waterford Treasures, comprising three museums in the city’s Viking Triangle, put it, “We not only offer the best climate in Ireland but also a tour-de-force of Irish history spanning many centuries.”

Here are some of the city’s highlights and a cozy, getaway restaurant along the coast to savor local cuisine and discuss the city’s rich historical legacy.

The following three museums collectively known as the Waterford Museum of Treasures in the ‘Viking Triangle’ district are all within easy walking distance of each other in the downtown area.

Parts of the city’s ancient walls still remain and within it is Reginald’s Tower, a 10th-century Viking-era landmark. Ireland’s oldest civic building, it has been in continuous use for over 800 years. Re-built by the Anglo Normans in the 12th century, it now houses a special exhibition on the Vikings in Waterford. 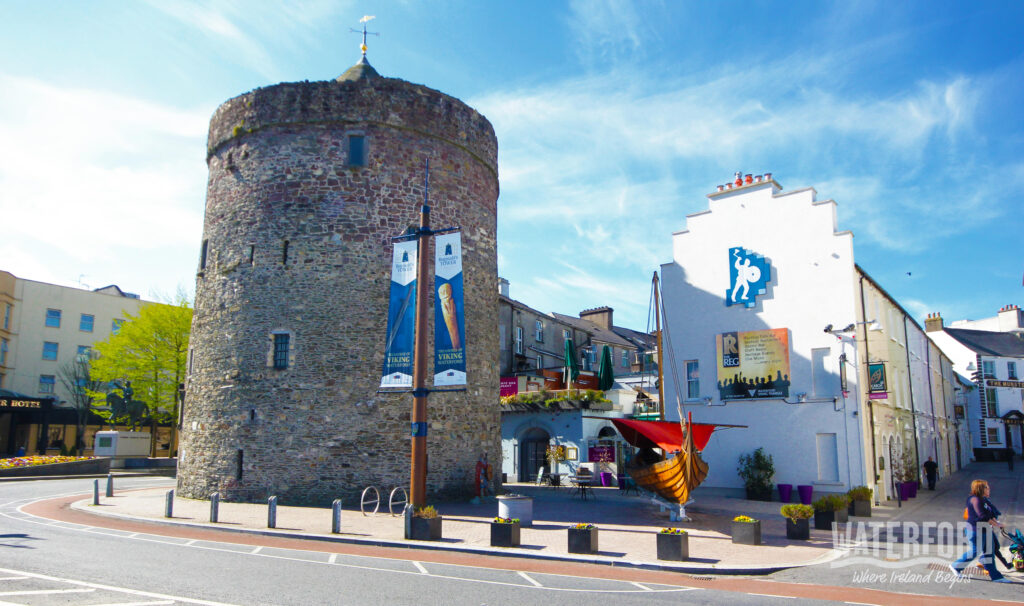 The only building in Ireland to incorporate two medieval chambers, the 13th-century Choristers’ Hall and the 15th century Mayor’s Wine Vault, this museum houses a diverse array of artifacts, from pottery and wine-jugs to armory and jewelry.

Here you’ll see sumptuous 15th-century cloth-of-gold vestments known as ‘Heavens’ Embroidered Cloths,’ hidden from raiders for many years beneath floorboards; exquisite 12th-century gold ring brooches used as love tokens; an impressive sword and maces sent to the Mayor by King Edward IV in 1462; a 4-meter-long illustrated Great Charter Roll of Waterford dating from 1373; and a collection of ‘pilgrims’ badges,’ worn to help protect people on pilgrimages from thieves. Look out for the elegant 22-carat gold, 13th-century jewelry including rings with sapphires. 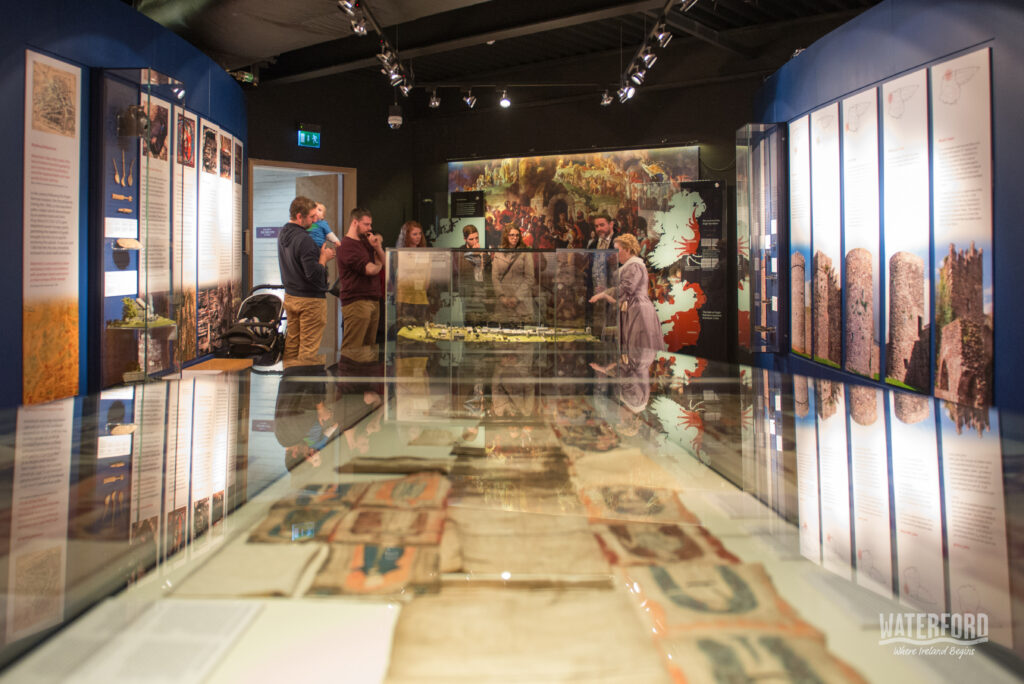 An elegant neoclassical palace built in 1743, this is a multi-floor repository of paintings, crystal, porcelain and furniture spanning the 18th, 19th and 20th centuries. Among the collection’s diverse highlights viewed after climbing a gleaming wooden staircase are gilded wood-framed mirrors featuring dragons from an era when Chinese-related furnishings were in fashion and a pair of ‘hucklebuck’ dancing shoes reflecting the successful Irish showband craze of the 1960s that featured top Waterford groups.

A ‘Dead Man’s Penny’ is a bronze memorial plaque presented to the family of John Condon, the youngest known battle casualty of the First World War while a collapsible 18th-century dining table made of Cuban mahogany facilitated popular pastimes such as dancing and card-playing. 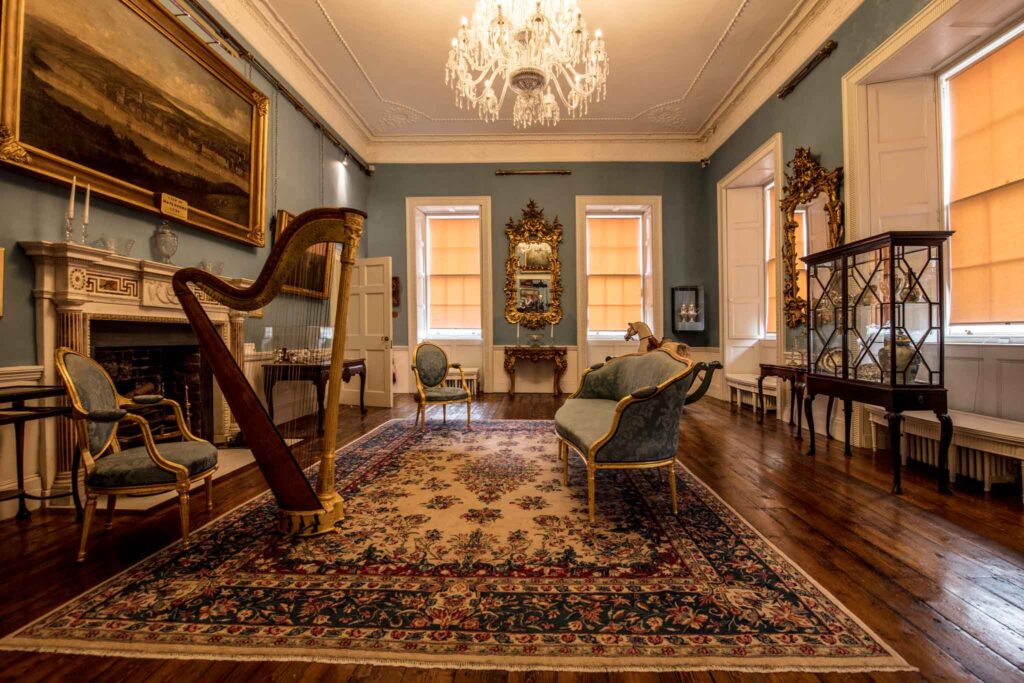 4. King of the Vikings

For an exciting, nerve-tingling and highly-entertaining insight into the Viking invasions of what they termed Vadrafjord (Waterford), pop along to one of Ireland’s most modern tourism attractions, this virtual reality-based Viking experience. Housed in a handcrafted replica Viking house in the ruins of a 13th-century Franciscan friary, this 15-minute technological presentation explains what happened when this seafaring Norse people from southern Scandinavia landed on Ireland’s shores. 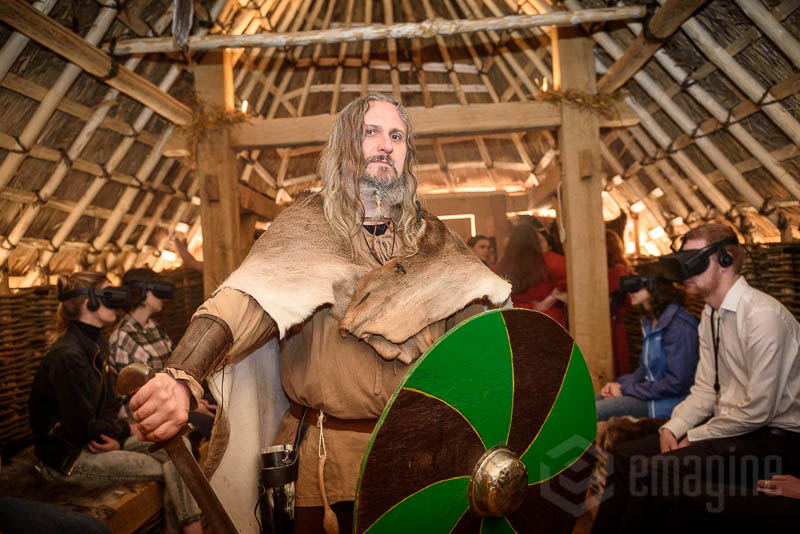 5. Irish Museum of the Science and Story of Time

A first for the nation is this museum at the old art gallery at Greyfriars Church, which will explore the science of time and the 5,000-year story of how the passage of time was marked and recorded in Ireland. Artifacts include grandfather clocks and pocket watches dating back to the 16th century. The exhibition will also explore how traditions, rituals and superstitions of the ‘Irish Wake’ Irish people.

Under the watchful eye of Eamonn McEneaney, director of Waterford Treasures, this attraction in the Deanery building at Cathedral Square will house a comprehensive collection of Irish silver, from the Viking era to the present day, from urns and rings to candlesticks. Adding spice to the occasion, two gold and silversmiths, Paul and Laura Sullivan, will set up a workshop in the museum, selling bespoke wedding rings like that used in the ancient marriage of Anglo-Norman nobleman Strongbow and Irish princess, Aoife MacMurrough.

One product Waterford is renowned for worldwide is its quality crystal and while the factory has undergone changes of ownership down through the centuries, visitors can still enjoy a guided tour to see its skilled artisans at work. Here you can watch as crystal powder is transformed into liquid at 1,400 degrees Celsius and admire finished works ranging from golf trophies created for celebrities such as Justin Timberlake, Bob Hope and Bing Crosby, as well as sculptured artwork including Viking helmets, harps, eagles, gramophones, pianos and violins. 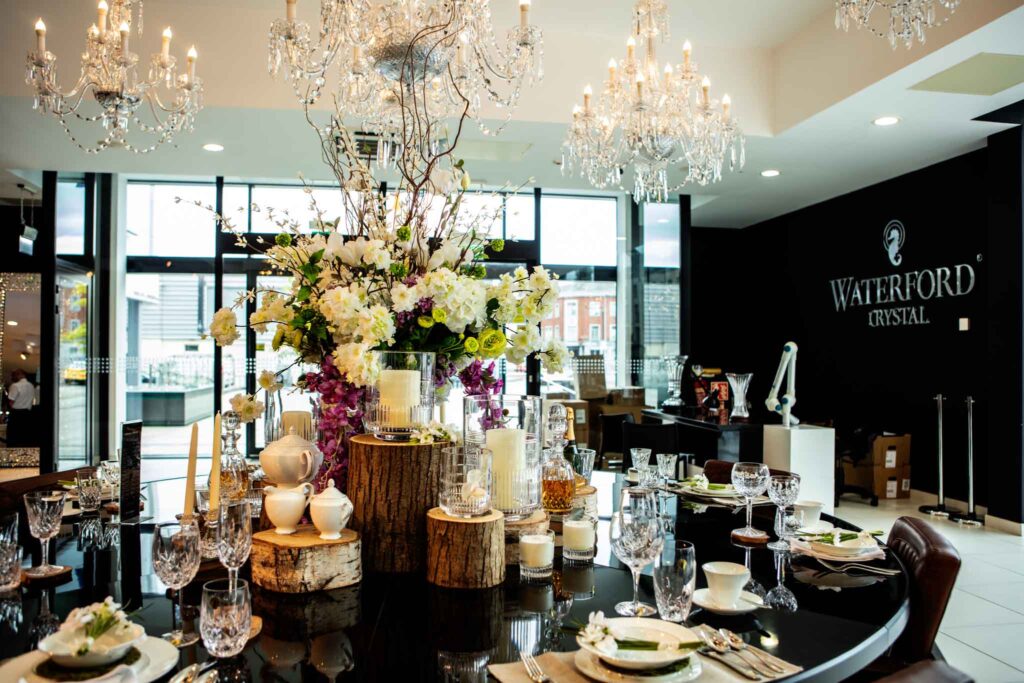 Find the article at:  https://www.justluxe.com/lifestyle/leisure/feature-1970733.php